Get my new book…Black Star Murder 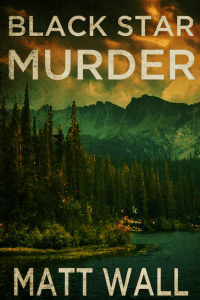 For those of you who don’t know, in 2013, I started a weekly serial called Black Star Canyon that ran for five seasons.

I put the episodes out on amazon and then, I put them up as novels.

Zoe and I tried different ways to do it and it always seemed to fall short.

A lot of people felt that the ending to the whole thing was heartbreaking and soul crushing.

With that all said, I decided that not only would I re-release these books, but I would also continue the series.

So between now and the end of the year, the first 5 Black Star books will be re-released with new stunning artwork by my lovely wife, Zoe Wall.

Then, in January, the first new installment of the series in three years.

So get caught up now so you can take this journey with me.

Books one and two are available now on Amazon.

Paperbacks will be coming soon.

I hope you enjoy it.