the blotter, mad swirl & the world of myth

even though my life the last few months had been as hectic AF, i was still able to make tiny splashes here and there…

back in November, i had two sites / zines feature my work.

the first is an amazing FREE magazine that has a monthly PDF download of their issue. i absolutely love this magazine and really hope to get a lot more of my stuff in it. 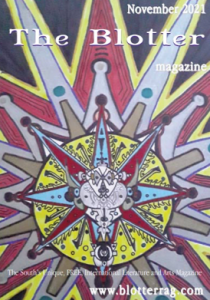 in the November issue, they featured 6 of my poems!

i was so excited!

the next site to carry my words was a really cool site in the UK.

they have a really cool way of running an online magazine. they have a “LIVE” page basically that new poems are being posted to and they are only there for a limited amount of time. so if you blink, you could miss it.

I think it’s writers that have been published there 3 times within a year become contributors.

it’s a neat idea and i love the mindset and layout of the site. i wish there was a way to find the people who post outside of there easier, because i read some really great poems on there and would love to read more by those poets.

but like i said, blink and you’ll miss them.

the poem i had accepted by them was called Crazy Bitch. it’s long gone now, maybe i’ll post the poem up here soon, but do check out the site, they have some talented poets over there and if you are a poet looking for places to submit, i highly recommend them!

you can find them at here at www.madswirl.com

i had a short story published in The World of Myth Anthology Volume 4! 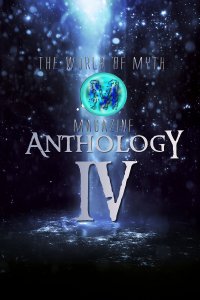 The World of Myth has been around for a LONG TIME and the people who run it are good people who really care about the content they are putting out. If you write fantasy, sci-fi, horror and / or poetry, i would highly recommend them. if you are looking for community, they have that too in spades.

you can pick up the book at their Myth Mart store, or you can check out their site at www.theworldofmyth.com